Interview with Former football star Mulugeta Kebede. "I don't want to go back to America, where I saw a lot of suffering." I am sorry for what St. George's Club did to me - Mulugeta Kebede. Ethiopia has a long football tradition and was among the pioneers of international competition in Africa, playing its first international match in 1947, defeating French Somaliland 5–0. The EFF joined FIFA in 1952 and was one of the founders of the Confederation of African Football in 1957.

The team took part in the inaugural African Nations Cup in 1957, where it finished second. In 1959, Ethiopia entered the 1962 World Cup qualifiers for the first time and faced Israel in the second round after a bye. The team lost both games, and with an aggregate score of 2–4 was knocked out of the competition.

The team won the African tournament on home soil, in 1962. Nine countries entered the competition, including the reigning champions, the United Arab Republic, meaning for the first time a qualification tournament was required. As with previous tournaments, the finals only included four teams.

The United Arab Republic, as holders, and Ethiopia as hosts qualified automatically meaning each needed to play only one game to reach the final. Ethiopia won the tournament for the first time after extra time in the final against the United Arab Republic. Mengistu Worku and Badawi Abdel Fattah were joint top scorers, both with three goals each, but the award itself was given to Worku because his team had won the title. 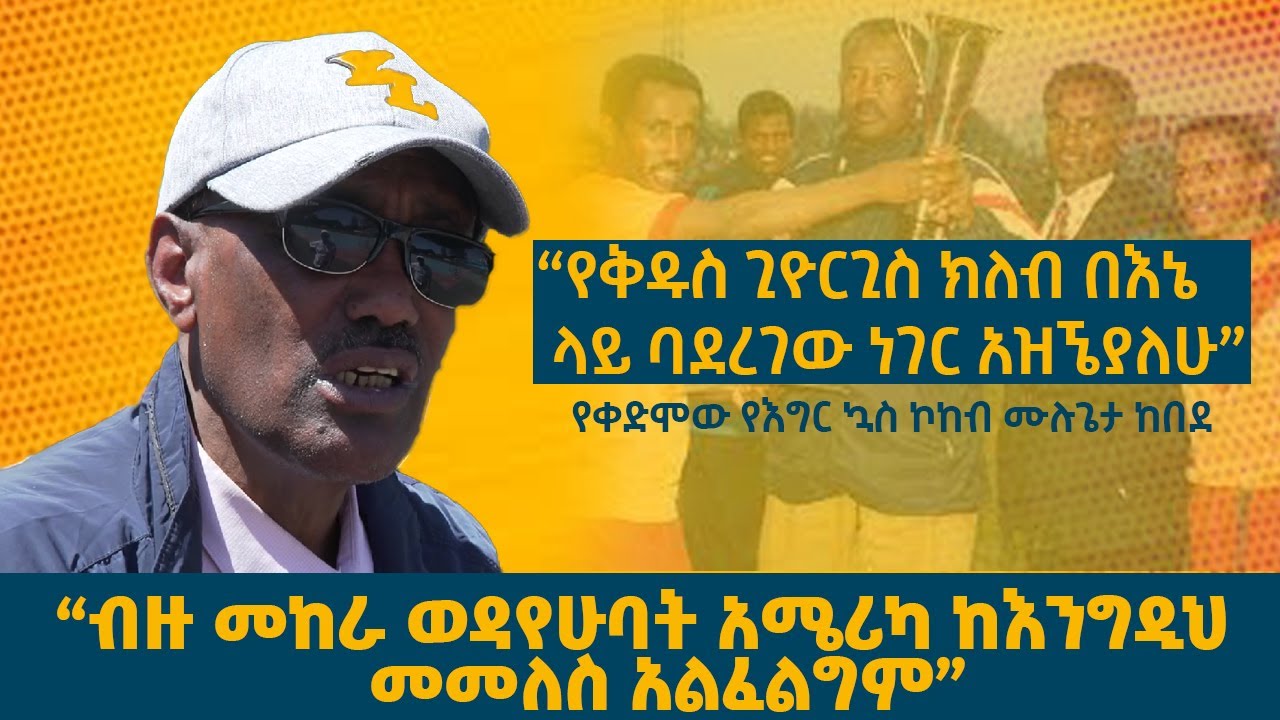 Interview with Former football star Mulugeta Kebede."I don't want to go back to America, where I saw a lot of suffering." I am sorry for wha...