As if these ailments were not enough, a new tool has come into play that has brought a new dimension to the political space – social media. Unfortunately, these new avenues are used to perpetuate the hidden and ugly realities of the product of the decades-old political hostility. The culture of secrecy and the implied restrictions on what is open for discussion and what is not might have forced the new generation to hide behind fake names to express opinions. The impact of the new tools proved to be lethal - it gave irresponsible activists access to millions of people, in real-time, to say through these media platforms what they would not say out in the open.

As a result, unsubstantiated and fabricated news started to spread, leading to the death of hundreds and displacements of millions of Ethiopians in many regions. This can further constrain open dialogue and the development of new political culture. That is why it is imperative that some of the hidden ideas, even those categorised as “taboo,” be discussed openly and systematically in a manner that can lead to mutual understanding and ultimately contribute to the process of policy reform.

If you are wondering what I am getting at, I am calling upon concerned Ethiopians to stop limping between two worlds - one that desires the world to continue as is and another that aspires for new possibilities. I am not sure if the new generation of politicians know what they want; or if they know whether or not their desires are realistic. What is obvious is that the longer we continue to indulge in the old narratives, the deeper the problems may grow, and the harder it gets to find common ground. The new generation deserves to have its own space to create a distinct mark in the country’s political landscape. In my opinion, the narratives we have heard for the past five decades have reached their dead end. There is no common history acceptable to all Ethiopians, no flag that appeals to all, no administration system that satisfies all regions, and no common heroes and role models to look up to.

Those who may be heroes to some are villains to others. This is a time of reckoning, and we should allow other possible proposals to be tabled for further debates and negotiation between the political elites. If the people of any region feel their history has not counted in modern Ethiopia, that their heroes have been forgotten or defamed by other interests, if they feel that the current flag does not represent their history and values and desire to propose another (even if it has to be a brand new one), such discussions should be open to public debate. For those who consider Abyssinian history as not being representative of them, let them narrate their own history. There is no doubt that history was used to glorify some communities and demonize others. However, inasmuch as history should not be used to undermine any of the Ethiopian people, neither should it be used to get even with allegedly old enemies. History has one purpose and it is to provide us a platform to learn from our past so that we do not repeat the same mistakes. 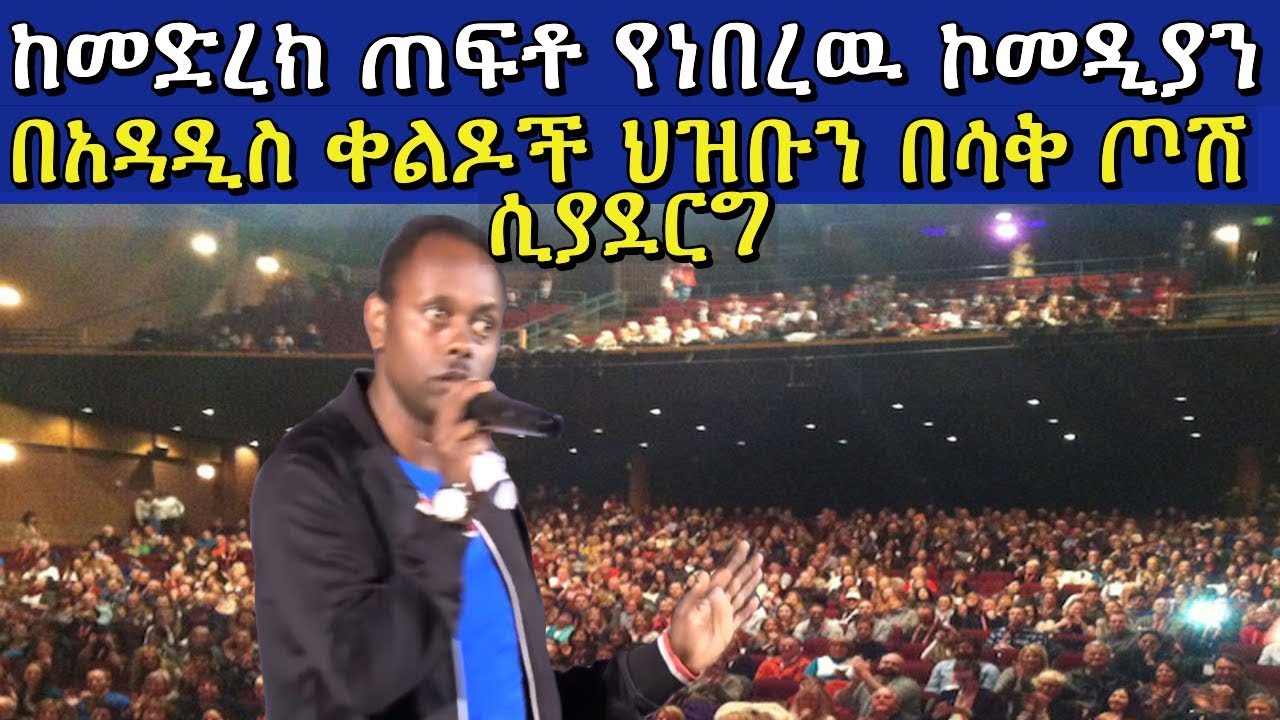 Ethiopia: Comedian Fitsum Manasbewe Very Funny stand up comedy As if these ailments were not enough, a new tool has come into play that has brought a ...