Entewawekalen Wey Special Show Hosted By Artist Hanna Yohannes. How much do you know about the person who is very close to you? December 24,2018

Reacting to this assertion, an MP representing an opposing view said, “There is no hidden intention behind; and that it is all there for everyone to see.”

The session was attended by 350 MPs out of the 547. And hence, 33 MPs, almost all associated with TPLF, voted against the Bill while four abstained. All the abstained votes are by members of SEPDM.

The Commission, accountable to the Office of the Prime Minister, is expected to come up with research-based recommendation and solution to disputes over identity questions and regional boundaries in the country when it commences its work.

Those issues have become one of the causes of conflicts in different parts of Ethiopia leading to civilian deaths and displacement of tens of thousands of people particularly in inter-region border areas.

The HoF, which is meant to have powers to resolve matters related to the ethnic based Federal states, is criticized by analysts and political pundits alike that it has been largely ineffective in terms of mitigating and averting conflicts with its structure.

In September of 2017, more than half a million people were reportedly displaced due to conflict in the areas adjoining ethnic Somalis and ethnic Oromos in the South Eastern parts of Ethiopia.

In the North West and North Central parts of Ethiopia, there is an ongoing tension over identity questions of Wolkait and Raya, respectively.

In the south, Guji and Gedeo areas have experienced recurrent ethnic based violence which is believed to be linked to boundary issues, among other things with nearly a million ethnic Gedeo’s displaced several months ago.

In the Ethio-Kenya border town of Moyale, there has been a frequent violence between the Borena (ethnic Oromos) and Garri (ethnic Somalis).

Ethiopia’s ethnic based Federalism divided the small border town into ethnic Oromo and ethnic Somali administrations with a police force and administrative structures of their own. In the past week alone, over 50 people are reportedly killed, dozens wounded, and thousands of people displaced, a significant number of them crossing the border to Kenya. 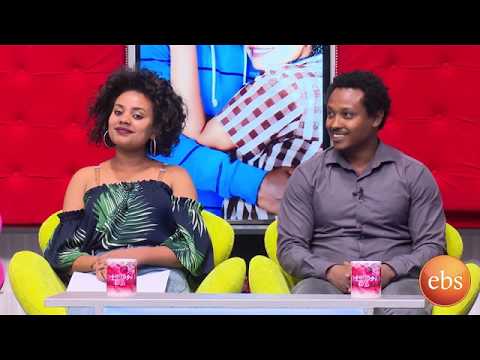 Entewawekalen Wey Special Show Hosted By Artist Hanna Yohannes. How much do you know about the person who is very close to you? December 24,2018 React...