Regarding the subsequent measures to be taken by the federal government, Adem said the upcoming general election, once the pandemic is under control, will reduce the tension. “I don't think the federal government will do anything serious. Their strategy seems to be a wait and see game. With the State of Emergency coming to an end, elections will probably be held in nine to 12 months. This kind-off reduces the tension,” he said.

However, he worries that the regional election held in Tigray might set a bad precedent. But this will only be a problem if any of the regions are under opposition control. The issue might have to be settled through a Constitutional reform, which many expect to be coming after the elections, Adem said. On what would be a possible solution for the existing stalemate between the federal and regional government, Adem said since “Both the federal and Tigray government are stubbornly pursuing their own ways, it is hard to say what will solve the problem.” However, “One way is to respect the Constitutional framework, but unfortunately there is a major disagreement even on that. If they just start a dialogue, it becomes inclusive and genuine, maybe there is a chance.”

Apart from this, he downplayed the existing narratives regarding the use of force to address the matter and stated that “What I am almost sure of is that, the use of force is unlikely unless Tigray seeks to secede, which in itself is very unlikely,” he concluded. Candidates from five different political parties, including the regional ruling party the Tigrean People’s Liberation Front (TPLF) and four independent candidates participated in the regional election. The constitutionality of the election in the region was a point of contention. 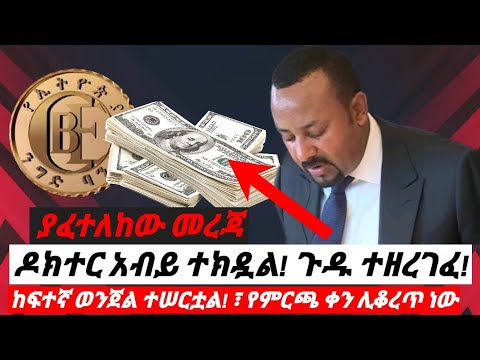 Daily Ethiopian News September 18 2020 Regarding the subsequent measures to be taken by the federal government, Adem said the upcoming general electio...