The Addis Ababa Silk Road General Hospital built with $300 million by Chinese investors in partnership with the government of Ethiopia inaugurated today.

The construction of the 100-bed state-of-the-art hospital took only 13 months.

It was inaugurated in the presence of Ethiopia’s Minister of Health, Dr Amir Aman.

Talks between the two sides of the South Sudan conflict that were meant to happen on Tuesday have been postponed for two days, according to a UN-owned radio station:

The postponement comes a week before they are due to form a coalition government on 12 November following a peace deal.

Although no reason was given for the postponement, International Crisis Group (ICR) warned in a report on Monday, that the two warring parties are not ready to work together.

It predicted that President Salva Kiir is “hinting at” assembling a government without opposition leader Riek Machar.

If this prediction comes true, it goes against the power-sharing deal they agreed in August 2018 which said Mr Machar would return to government as one of five vice-presidents.

“South Sudan could slide back into war,” ICR warned.

Tens of thousands of people have been killed in the conflict which broke out in 2013 after a power struggle between Mr Kiir and Mr Machar. 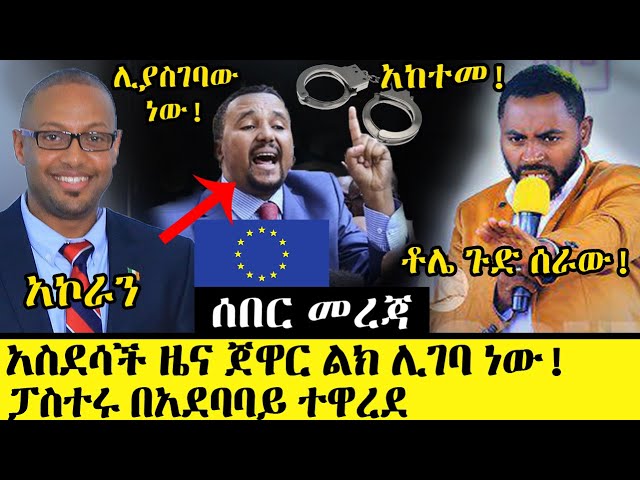 The Addis Ababa Silk Road General Hospital built with $300 million by Chinese investors in partnership with the government of Ethiopia inaugurated tod...