Berhanena selam printing enterprise said, they are about to stop working

On 23 Tahsas 1917 (December 1924) and with the consent of Leul Ras Tafari there began the printing of a weekly magazine bearing the title Berhanena Selam .The new publication appeared every Thursday. The first copy of the megazine was presented to the Emperor, who received it with pleasure and other copies were similarly distributed among the officials attending the event, who read it eagerly. The name “Berhanena Selam” was also adopted by the printing press. The newsboys began their work of distribution on horseback, at 7 in the morning. The paper was printed and distributed freely among readers for nearly a month in order to make it popular. Then it was put on regular weekly sales to both subscribers and the general public alike. The establishment of Berhanena Selam Printing Press (the then name) was among the key factors that made it possible for ancient Ethiopia to take the leap forward into this modern age.

When it was first set up, 9 decades ago, the printing press was originally designed to carry on the printing of religious books. At that time books on religious subjects were the only works sought by churches and other individual readers. These books had to be produced as manuscripts and, this was a laborious task, the people who where engaged in this work were few. It took a long time for the books to be available and were expensive to buy. At the beginning, Berhanena Selam was mainly engaged in the printing of religious books, produced in both Ge’ez and Amharic versions and which were sold at reasonable low prices, thus minimizing the problems previously encountered, the press also entered into the printings of various forms and records for use by public and private organizations as well as news papers. With further improvements in its organization the printing press succeeded in offering the nation the services expected of it. Starting with humble beginnings using hand operated machines, with very few impressions per hour and a staff of 7-12 persons, the printing press has now grown into a modern complex employing around 810 people operating modern web offset printing machines one of which can produce 30,000 copies of a 32-page newspaper in an hour.

The big chance and improvement experienced by the Berhanena Selam Printing Press is not solely confined to the number of people it now employs. The establishment, which began its modest operations in a small house consisting of two rooms today, manages its business inside a modern, seven-store building. As the printing technology is updating itself, we too continuously update our capacity with the latest printing technologies. The constant in BSPE, however, is our never-ending commitment to our customers, providing outstanding customer service including the 24 hours service! Apart from our capacity in modern equipment and running capital, the very big capital of our enterprise is the Manpower. For over 85 years, BSPE

Berhanena selam printing enterprise said, they are about to stop working 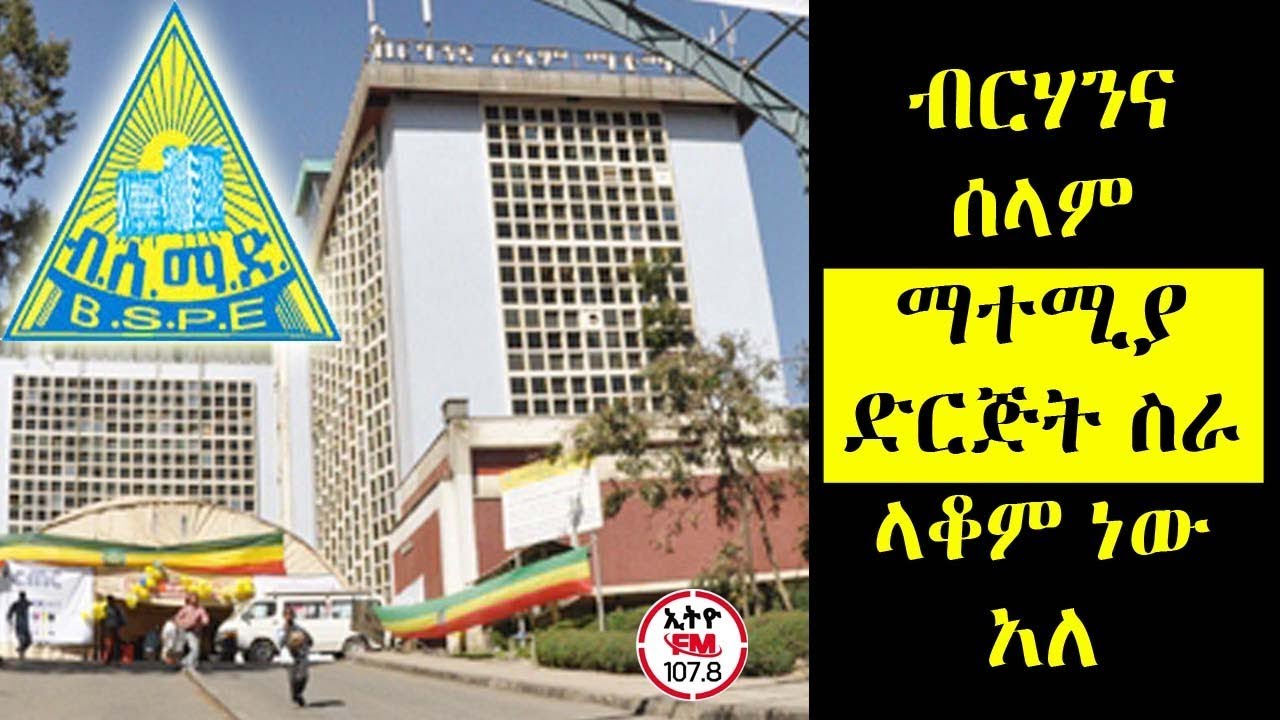 On 23 Tahsas 1917 (December 1924) and with the consent of Leul Ras Tafari there began the printing of a weekly magazine bearing the title Berhanena Se...