According to a Communiqué, President Matamela Cyril Ramaphosa of the Republic of South Africa, and Chairperson of the African Union (AU) convened a video-teleconference Meeting of the African Union (AU) Extraordinary Bureau of the Assembly of Heads of State and Government, on 26 June 2020, to discuss developments pertaining to the Grand Ethiopian Renaissance Dam (GERD).

The meeting of the bureau was held pursuant to consultations undertaken by President Ramaphosa, in his capacity as the Chairperson of the Union with the three Negotiating Parties concerning the Grand Ethiopian Renaissance Dam (GERD), namely, Egypt, Ethiopia, and Sudan.

The Bureau of the Assembly also noted the potential of the GERD project possesses for Africa.

The Bureau received with appreciation a report from the Chairperson of the AUC, Moussa Faki Mahamat, which, inter alia noted that more than 90 percent of the issues in the Tripartite Negotiations between Egypt, Ethiopia and Sudan have already been resolved.

It was addressed by President Abdel Fattah al Sisi of the Arab Republic of Egypt, Prime Minister Abiy Ahmad of Ethiopia and Prime Minister Abdalla Hamdok of Sudan, with regards to their respective positions pertaining to the GERD matter, the statement elaborated. 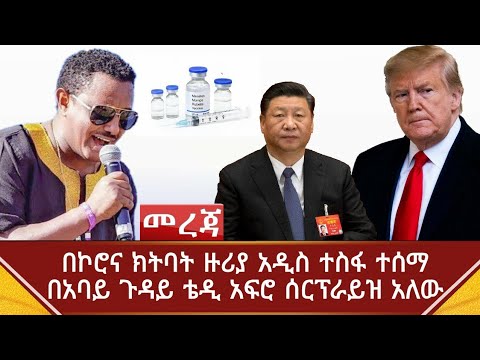 Daily Ethiopian news 29 June 2020 According to a Communiqué, President Matamela Cyril Ramaphosa of the Republic of South Africa, and Chairperso...